Various competitions and social activities are under taken every year on 27th September to commemorate the World Tourism Day. The basic motive is to create/endow awareness that tourism is vital to regional, national and international community and to show how it influences the social, cultural, political and economic systems worldwide.

Swachhta Action Plan (SAP) is a milestone initiative in mainstreaming Swachhta elements across all sectors of the Government in an elaborate, accountable, and sustained manner to realize the Swachh Bharat of Prime Minister's vision and Gandhiji's dream. SAP was formally launched on 1st April 2017 with the active participation of 72 Ministries and Departments.

Since April 2020, NIWS/IITTM has been organizing the campaign every year in leading tourist places in India. In 2019-20, the campaign has reached out 180 destinations spread across the country. The target achieved was sensitizing 1,80,000 tourists, 90,000 school and college students and 10,180.

Yoga symbolizes the union of body and consciousness It is an ancient physical, mental and spiritual practice that originated in India. It is practiced in various forms around the world and continues to grow in popularity. Recognizing universal appeal of Yoga, the United Nations proclaimed 21 June as the International Day of Yoga by resolution 69/131 on 11 December 2014.
The International Day of Yoga aims to raise awareness worldwide of the many benefits of practicing yoga.
It is organized every year at NIWS/IITTM

The Ministry of Tourism, Government of India, in collaboration with other Central Ministries and State Governments is organizing a “Paryatan Parv” across the country from the 5th to 25th October 2017. The objective of the programme is to draw focus on the benefits of tourism, showcase the cultural diversity of the country and reinforce the principle of “Tourism for All”. The event envisages large scale participation by the public as well as industry stakeholders.
A series of events and activities are proposed to be organised which will include illumination in and around tourist sites across the country, cultural programmes, exhibitions showcasing handlooms, handicrafts and cuisine, artisans workshops at different locations, competitions for students, sensitisation programmes for tourism service providers, yoga demonstrations, etc. In addition, interactive sessions and workshops on varied themes related to skill development in the tourism sector, development of rural tourism sites, and media related activities will also be arranged.

This 15-day campaign is cleanliness initiative, urging the people to join the campaign by doing their bit towards creating a Swachh India. It commences on September 15 and culminates of October 2nd. 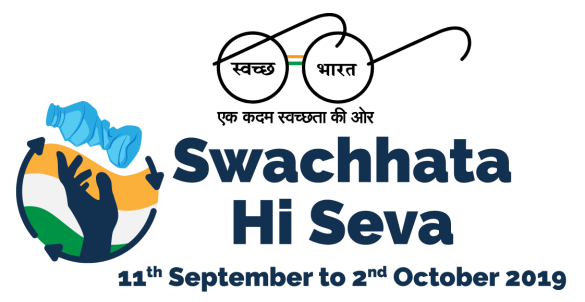